Perspective - Life in the Sunshine State During Quarantine

Florida resident, Amanda Russo, received anything but a gift on her March 17 birthday when Governor Ron DeSantis closed all bars and night clubs in the state. Russo had been employed as a bartender and server at Gooses Sports Bar for seven years until the mandated closure.
Before the shutdown, Florida remained a prime destination for spring breakers in the U. S. despite the national emergency. College students seemed to feel invincible against Coronavirus in early March, as they crowded beaches and clubs. Florida became a staple for criticism when other states began shutting down businesses that were deemed nonessential, yet their beaches still remained open.
This changed, however, after the majority of spring breakers remained careless. Many now regret their quotes to news outlets such as Brady Sluder who said, “if I get corona, I get corona.”
According to NBC News, Sluder, a 22-year-old college student from Ohio, recently apologized as he now understands the impact of the virus. Russo confirmed that despite beaches being closed, individuals were still going.
Parks and beaches began reopening in late April. However, Russo said that she will be avoiding those areas and hoping that other residents follow the guidelines of social distancing while out.
“They are officially back open,” she said. “I still won’t go for a bit [but] I hope people won’t ruin it for the rest of us.”
Rules are strictly enforced in regards to social distancing as there cannot be a crowd of 10 or more individuals together. In the Miami area, police departments hired more staff to aid to the stern rules set in place. In a South Florida Roundup interview on May 1 with Dan West and Maria Nardi, two park directors from Broward and Miami-Dade County, emphasized what the rule enforcement will continue looking like.
Russo and Nardi are alert and concerned that citizens who do not follow the social distancing rules, will put others in jeopardy as parks and beaches can reclose.
“One thing we want to make sure is that we address folks that are not abiding by the rules so that [they] don’t ruin everything for the rest,” Nardi said. “Our mayor has been very clear: zero tolerance for folks that don’t abide by the rules.”
Violators will be asked to leave and will be issued a ticket. Most recently starting May 4, dine-in restaurants will operate at 25% indoor capacity along with retail stores.
Russo is debating whether she will go out during what the government considers to be “phase one” of lifting social distancing rules in Florida.
“I miss going out for a meal or a drink, but I’ve been OK staying at home,” she said.
Since the shutdown, Russo applied for unemployment and has failed to see a single cent. She believes that the United States’ unemployment system is set up for failure.
“It’s been horrible,” Russo said. “I started applying back in March and didn’t get anywhere. I’ve applied for two different grants and still waiting to hear back.”
She also applied for food stamps “and was lucky to get that within a week,” she said.
Having the time off is something Russo does not mind despite no money coming in. As her boyfriend is still actively working, she has been taking the proper precautions each day.
“He’s considered an essential worker, I just constantly disinfect all his stuff when he comes home,” she said. “[I] have him leave his clothes and shoes in the front room just to be on the safe side.”
Although the sunshine state is home to many popular beaches, Florida also welcomes residents and vacation goers yearly at Walt Disney World and Universal Studios in Orlando. Good Morning America, a television show in the states broadcasted on ABC, began breaking down the new guidelines according to Orange County officials once parks reopen.
Since Florida’s theme parks are critical tourist attractions, the implementation behind phase one of reopening, which seems to be no time soon for these main attractions, will include 50% park capacity and a long timeline of six foot tape markings around the park, no touch hand sanitizers, constant railing and surface wipe downs and more. There will also be recommended employee temperature checks and the use of face masks.
As Walt Disney World and Universal are top income generators for the state, what will Coronavirus’ impact be economically regarding both parks and company owners? Annual pass holders are supposedly being credited, revenue is not being generated and no employment opportunities are available. According to an investing and financial advice website, The Motley Fool, future international travel may become limited due to airline adjustments in flight schedules.
There may not be that magical guest experience Walt Disney World successfully strived for due to many uncertainties. The Motley Fool’s advice on theme parks reopening in June, deciphers that if it is too early, a disastrous outcome can occur. If the parks open too late, the economy can tank and businesses like Disney may have little to no consumers and income.
With phase one of Florida’s dining and stores reopening, there are many considerations and precautions to take due to COVID-19. Hopefully, when March rolls around next year, spring breakers will be more considerate and Russo can spend her birthday enchanted in the magic Walt Disney World still has to offer. 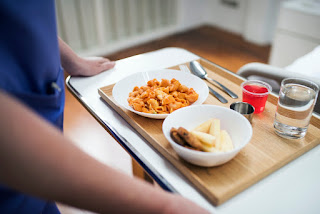 by Katalyst International contributor Montana Peschler Entering the west and east towers on the fourth floor of Robert Wood Johnson (RWJ) University Hospital in New Brunswick New Jersey, the doors open to the newly transformed and dedicated COVID-19 units. When delivering food trucks and trays to the two COVID floors, Jessica Carr, a food service worker and Rutgers University graduate, finds it difficult to breathe. She hurries to do her job as quickly as possible.  image by raw pixel.com Carr first noticed a modification in visitor restrictions on March 16. Staff and visitor guidelines continued to change often from then on. In order to get into work, she now has to have her employee ID and must pass through check points obeying hospital protocol. At one check point, “you stop, swipe your ID for a mask behind the counter and you hand sanitize,” Carr said. “You hand sanitize and [hospital staff hands] you a mask for the day.” This specific protocol has been going on now

Volunteering for The Shortcut – How did I get here?

In the Fall of 2018, I took a leap into the unknown and applied as a volunteer for as many startup accelerators, hackathons and networking events as I could find near Helsinki. My purpose was to learn more about the growing tech startup market in Finland. My understanding of the tech industry and entrepreneurship was sorely outdated. My perspective was very different during my years in the hospitality industry. Being in such a focused world of hotel sales and meeting planning had rendered me clueless about how this other area had evolved. But tech and the startup scene are hard to ignore in my new homeland, and I felt compelled to gain some quick experience before finding my next career. Dash , then  Junction , then  Kiuas , then  SLUSH . I felt like I had practically moved to the Otaniemi campus of  Aalto University and it for sure seemed like I was getting a free college education. I dove head first into the heart of the startup scene. I was mingling with the next generation of 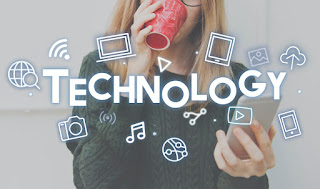 Technology Hacks for Working From Home

by Katalyst International contributor Jessica Olivo In a recent post , we discussed tips for streamlining and augmenting your work-from-home experience. Additionally, there are many technological tools to make your home office just as functional as your actual office. By taking advantage of the software and websites available to you, you can stay fully connected to your employees, teammates, and clients. Remote Desktop Oftentimes, you will find that there are files or programs on the computer in your work office that you need to access from home. Remote desktop software provides you with access to one computer while using another computer. These programs allow you to view files that are not stored in the cloud as well as transfer files between two computers. From your home, you can  control the mouse and keyboard on your work computer while viewing the screen remotely.  There are several scenarios where a remote desktop comes in handy. It may just be that you need to a